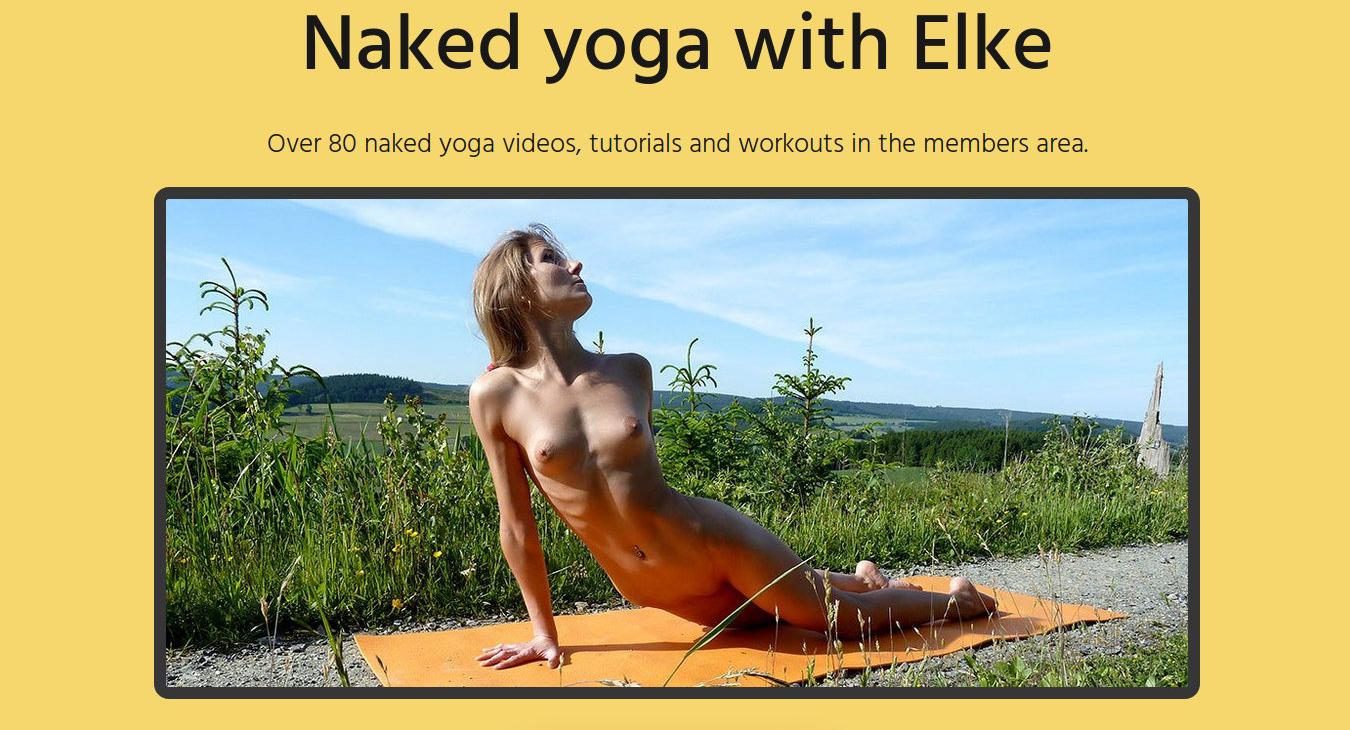 Over 80 naked yoga videos, tutorials and workouts in the members area.

Nacktyoga or Nagna yoga can be traced back to the Indian Naga Babas or Naga Sadhus, an ancient Indian sect that practiced yoga as a form of Bhakti (devotion).

Even today there are still naked Naga Sadhus in India.

Spiritual nudity is still common among many followers of Dharmic religions, including Digambara, one of the two great schools of Jainism.

​Originally, women were forbidden to walk around naked because their presence would sexually stimulate men and hinder their path to enlightenment.

At the end of the 19th century, various groups in the West began to view nudity as a natural state and a cure for a variety of modern diseases.

In the late 20th century, these groups mainly influenced the hippie movement and prepared the ground for the subsequent naturist movement, which continues to exist in many forms of nudism today.

​Many people feel imperfect or not good enough. I am not "woman enough", "man enough", successful enough, beautiful or slim enough etc. .

It has also happened to me and often I have punished myself secretly because of it.

Nacktyoga helped me a lot to recognize this and helped me even more to overcome these deep-seated patterns.

​When I first practiced yoga naked, it felt so incredibly liberating. There were no obstacles, no inhibitions and no problems. I was just the way I was.

This feeling of freedom was what I had always missed in my life.

The more I practiced nude yoga, the more I recognized it as a non-judgmental, safe space where I could express myself and learn to accept myself with all my imperfections as I am.

Nacktyoga is a wonderful tool for me to learn to recognize, accept and love myself.

Especially women who do not feel comfortable in their bodies, who suffer for example from anorexia or bulimia can help nude yoga.

I have also become a true expert in this field through my own past.

I want to help all these women, but also men, with my nude yoga. I love to share my knowledge and freedom and the biggest reward for me is to observe positive changes in people.

Connect to the natural state and the cosmic truth.

At its best, naked yoga is performed without purpose. Without the aim to achieve anything or to make a profit.